I read an article which hits the nail on the head, regarding our declining education system. The article addresses Secretary of Education, Secretary Arne Duncan‘s idea of supplanting parents with the state by taking control of children “24/7.”, touting the idea of public boarding schools.

“There’s just certain kids we should have 24/7 to really create a safe environment and give them a chance to be successful,” ~ Arne Duncan

Twice as much money under this liberal administration has been spent on public education since 2009.  The results do not indicate more money given to the problem area is the answer.  But hey lets double down on stupid.  The following quotes are taken from the linked story at end of post:

“Under President Obama, the budget

for the Department of Education has more than doubled, from $32 billion in 2009 to over $69 billion in 2013, yet illiteracy is increasing, as is hopelessness and despair.”

The funding of a failing public education system is holding kids hostage,  and the politicians are failing their constituents. 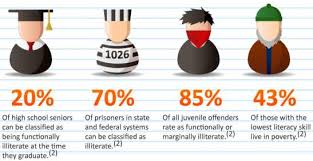 “In 2013 in New York City, 80 percent of public high school graduates who enrolled at City University of New York (CUNY) “had to relearn the basics of reading, writing or math — the highest percentage in years. A stunning 79.3 percent of city public-school grads who went to CUNY’s six two-year colleges arrived without having mastered the basics, up from 71.4 percent in 2007,” according to The New York Post.

In other words, these high school graduates and community college applicants in New York City were functionally illiterate.”

A good question to ask is, Why are politicians withholding the same educational opportunity to their constituents that their kids often benefit from?  What about vouchers?  Vouchers to be used so the kids in these impoverished

communities could have a choice. Why are their constituents kids forced to attend these failing schools?  Why give the amount of funds reported in the following quote to a failing school for a failed product, when giving the same funds to a proven school will provide a successful product?

. Despite that massive real spending increase, overall achievement has stagnated or declined, depending on the subject.”

If competition is good for Health Care (don’t get me started), isn’t it good for education?  I guess the idea of competition depends on what the politicians actual goal is.   Can you say, “Control?”  I knew you could!

Is the failure of the public schools being forged on purpose?  Is it all about controlling voting blocks?  Is it about the support of the

Unions?  Is it about creating, functionally illiterate voters without hope, to be kept in their down trodden communities, and then indoctrinated to the failed liberal policies, as their only hope?  A vicious cycle of power grabbing, based on a lie of funding.

“Look how much we care!  Look at the money we are putting into the problem.” ~ Liberal politicians

Read the article linked here.  It is certainly eye opening.