Does anyone remember when Michal Dukakis ran for President, what was the big issue that sunk his ship? 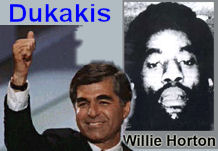 But nothing has ever sunk Obama’s ship which just seems to go on and on, silently through the night.  Here is a link to an article that shares the disturbing results of a failed policy that puts Dukakis to shame!

121 murders linked to illegals released by the uhh….. President’s policy.  You know the President of the Undocumented errrr, USA, sworn to protect the citizens of the USA.  When 121 people, many citizens, no longer have a life, because of the President’s policy on the release of illegals, I’d say that is in effect him being an accessory to those murders.

Yes 121 murders have occurred, and without this policy the crimes would not have been able to be committed.  So basically Obama might as well be pulling the trigger himself.  These murders don’t happen, the crimes illegals commit don’t happen, if his policy were in line with the law of the land.  The law of the land which he so easily dismisses time and again. Laws that state being in the country illegally is actually a crime and punishable, instead of releasable.  Yes he lets them go and they kill.  Ever here the phrase, “the buck stops here.”, I know Obama doesn’t believe that, but it’s true, especially in this case.

Here is our President, just this past week he going out there and saying we have a racial problem.  He uses the word, ‘nigger’ in an interview, speaking down to the citizenry as if we don’t understand that racism goes so much deeper than that word.  He has wasted the opportunity given to draw races closer, and instead become perhaps the most divisive person in our country’s post ‘Martin Luther King’ civil rights movement.  As the President he has the bully pulpit, yet he regularly rushes to judgements about police actions, and their’racist’ roots.  He  pushes legislation pitting race against race, and he is doing it in the case of illegals in away that is stealing jobs, identities, from and even killing our citizens.

Heck, Dukakis only let one felon go for a weekend, and it cost him the Presidency.  We are letting Obama do it over and over and over again and it’s costing us lives and our country.

I wish I wouldn’t have to, but.